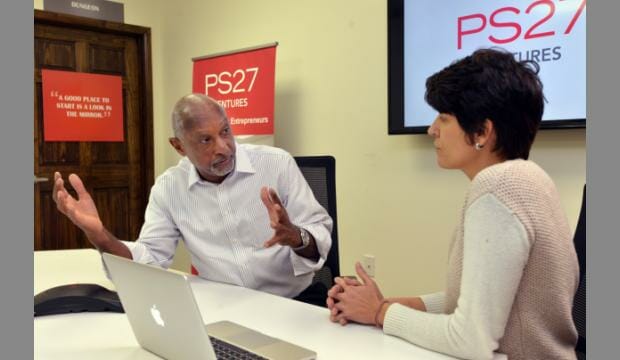 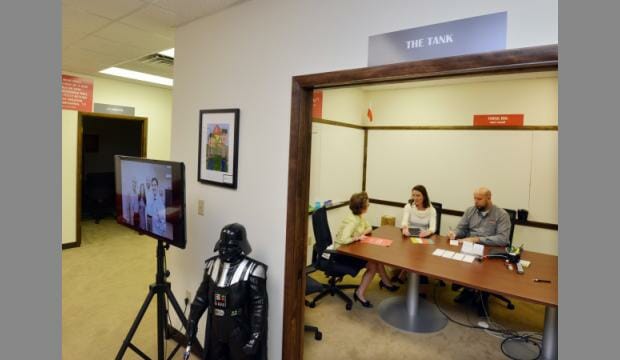 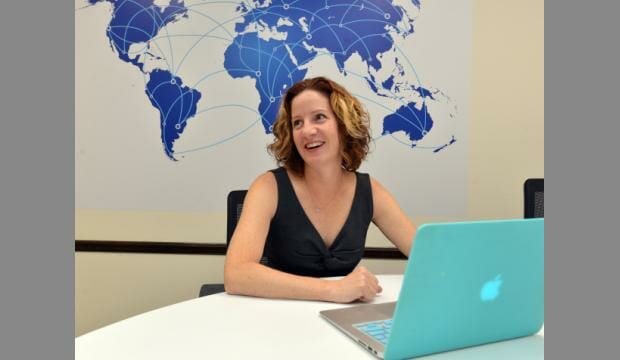 Via. The Florida Times-Union

In one office, frozen dessert is being sold around the world.

In another, a stress-relief program is trying to get off the ground. In yet another, digital menu boards are being created for restaurants coast to coast.

Those are much more common terms these days as centers such as these show up in various forms, all geared to helping new businesses. But PS27 is a little different: Jim Stallings, managing partner, is an investor in each of the companies.

He spent 30 years at IBM, retiring in 2013 as general manager of global markets. Soon after retiring, he got involved in One Spark, and he started PS27.

“This is what I’ve really wanted to do,” he said.

After he began investing in startup companies, he learned an important lesson: “I have to help these people if I’m ever going to get my money back,” he said.

So he’s created a staff and a process to help the companies with everything from the initial idea and brand name to their business plans and marketing.

He brings in experts to talk about business taxes and filing for a patent. He gives the companies rent-free office space, but he’s outgrown his 2,000 square feet on Bayberry Road and is moving to a space three times that size next month. Among the companies set up there now:

• RealComm Global, which translates voice, text and video into 78 languages,.

• Whooshfly, which Stallings describes as an Uber for private jets. “Forty percent of private jets are empty,” he said. “This is a way for normal people like you and me to ride in them.”

• OnPay Solutions, which has software and services for business-to-business transactions.

Some of the businesses he helps are referred to Stallings by others, but most just come looking for him.

“They come for money,” he said. “And then they get the process.”

The companies are graded on a 100-point scale. If they don’t hit at least 70, the conversation ends. Stallings figures he looks at about 100 companies in order to pick three. He puts in capital, ranging from $50,000 to $250,000, and becomes a minority partner, never majority.

“They have to have a prototype,” he said. “And a marketable product, something that works. You can’t just come in with notes scribbled on a napkin.”

He looks at four areas. The first is the person who is the entrepreneur.

“They need to be coachable, convicted,” he said. “Part of being a entrepreneur is that you have to be struck by lightning.”

The other three: Is the product different from others in the market? Is the market big enough? What are the financials?

But the heaviest weight, he said, is on the founder.

“I’d rather have a great leader with a so-so idea than a so-so founder with a great idea,” he said.

Sarah Davidson got her idea of Xen Health when she was working in the corporate world.

“I had a lot of chronic pain that I knew was related to stress,” she said. “I did biofeedback, where I was all wired up to software that looked like it was developed in 1980.

“I had done it about 1o years ago and went back last year,” she said. “And nothing had changed. I knew it needed to be wireless.”

So she contracted with a developer to create software that works with a smartphone. A user wears small wireless devices while going through a series of lessons and exercises involving psychology and meditation on the phone, which records tension and stress levels.

The devices are designed to be used at home during the exercises, but are small enough to wear under clothes at work.

She hasn’t sold any yet, but next month Xen begins a pilot program with a local hospital, Davidson said, and she’s in discussion with an insurance company and another health care provider.

She said she received funding from PS27 as she began her business, and there is the office.

“The free office is the least of it,” she said. ” The real advantage is learning from PS27 and the network they provide.”

Digital menu board company Menuat got involved with Stallings at the first One Spark festival three years ago. Founder Jeff Charette had owned a design and web development company, but Menuat was brand new.

“We were looking for funding,” he said, “but also someone who could teach us the ropes. We wanted to scale it big. The first quarter at Menuat, I was excited to make $100. But you can’t live on that.

“Jim taught me what a real budget looked like,” he said. “I thought I knew, but I didn’t. I learned how to make sure I had the right KPIs, key performance indicators.”

Menuat now has 126 clients in 22 states and Canada with a total of 500 devices. They’ve got the contract for the digital menus in Holler & Dash, Cracker Barrel’s new fast-casual biscuit house. There are only three so far, but plans call for up to 500.

Although it started as just digital menu boards for restaurants, it’s grown into other venues, including signs at the St. Augustine Amphitheatre and kiosks at five New Leaf Vapor stores. And now it’s branching out more, with devices in 20 Metro PCS stores.

Even with the growth, Charette expects to remain in PS27’s offices.

“Physically, we’ll be there indefinitely,” he said. “I just like the energy with the other founders.”